Wallpaper is a screenshot from EVE Online. 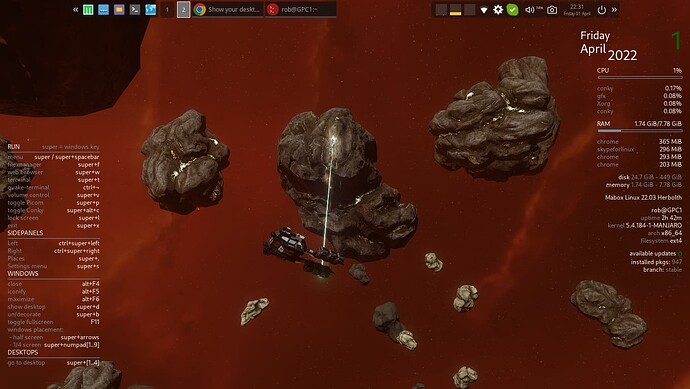 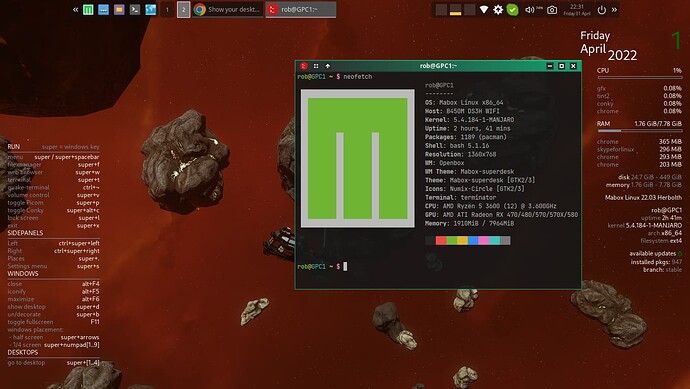 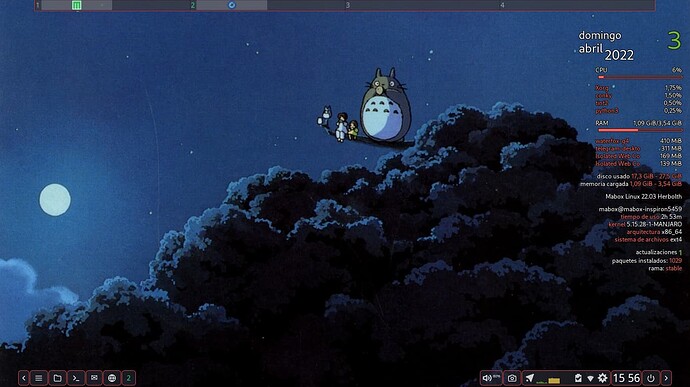 From one of my favs, Miyazaki’s Totoro animated movie scene from hipwallpaper 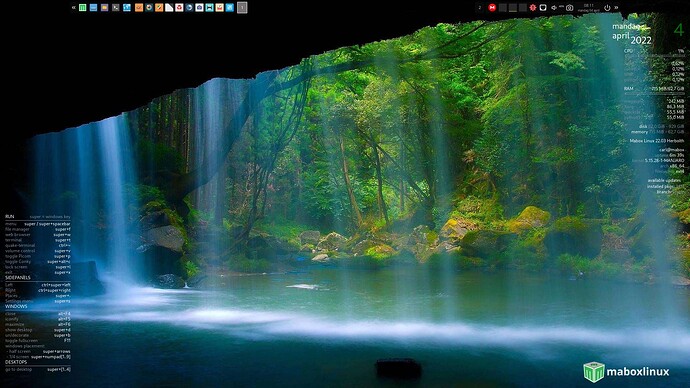 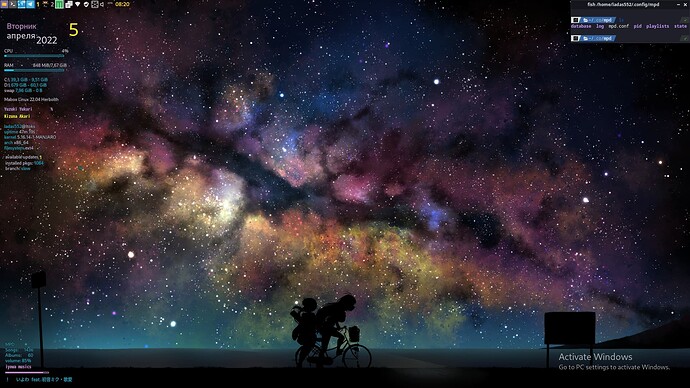 Sorry for the delay , my Mabox out of the box ,
default desktop for my old laptop . 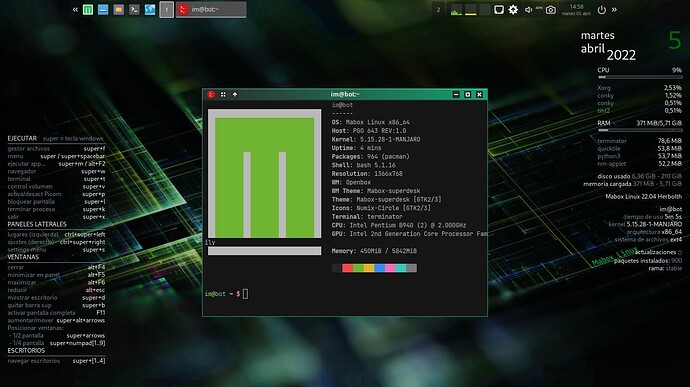 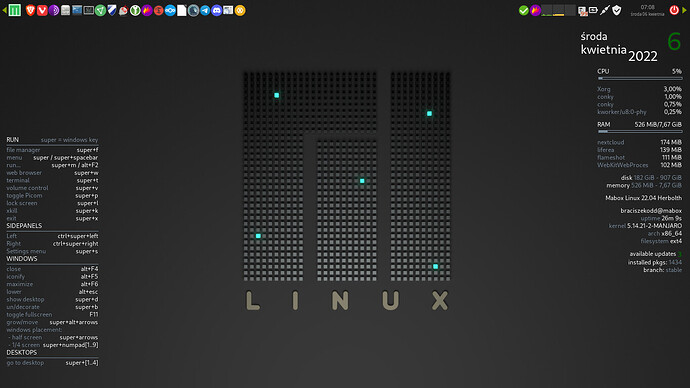 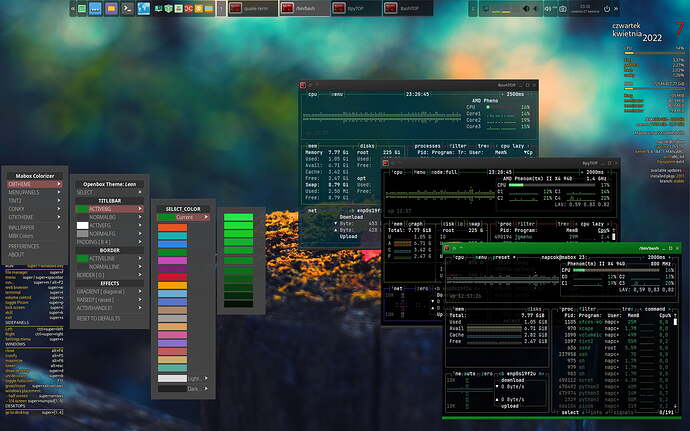 I’m sure some of you will have a lot of fun with this tool, when published - I’m really excited while writing and testing it 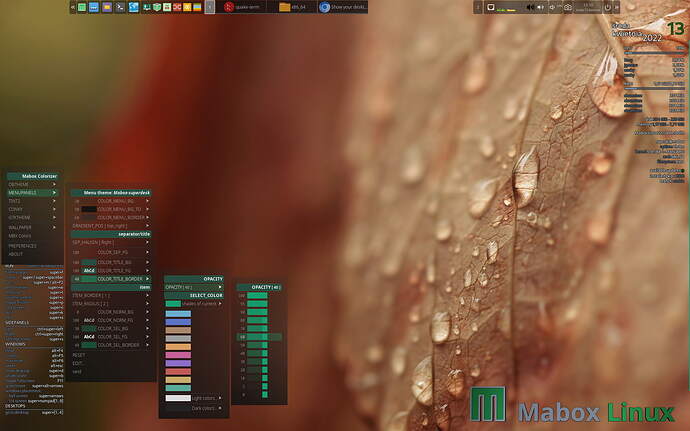 Finally I could bring myself to submit my desktop. In the end I didn’t change all too much, just played a little with the tint2 panel and deaktivated the titlebars of some apps in my OB-rc. But today I have such a nice terminal setup because I tested a script for PyRadio I wrote yesterday so I thought I could do some additional screenshots. 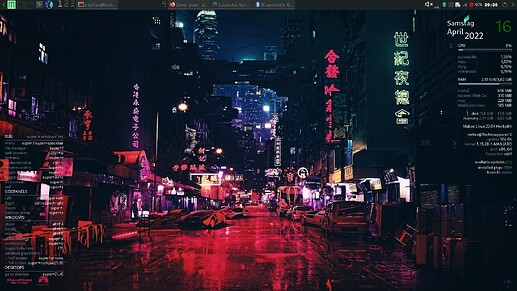 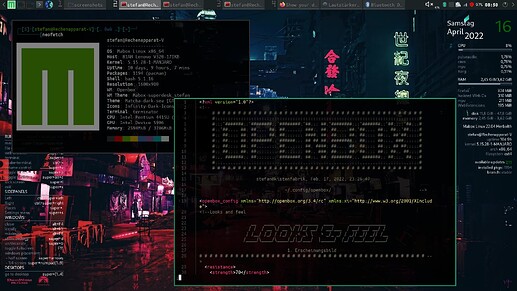 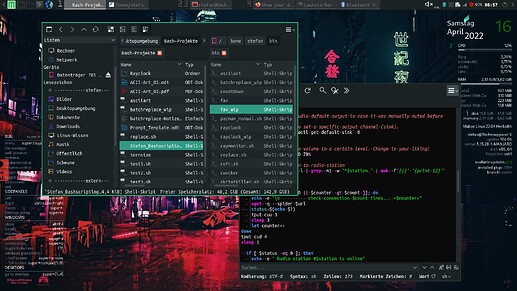 Mabox_2022-04-16-08-57-16500922481600×900 172 KB
PCManFm-Qt, which is a more up to date fork of LXDE’s PCManFm and Featherpad are among some of the LXQt-apps I use under MaBox aswell. They are lightweigh and have low dependencies so they work on most desktop environments perfectly. Also not overloaded with functions and options but very well balanced. 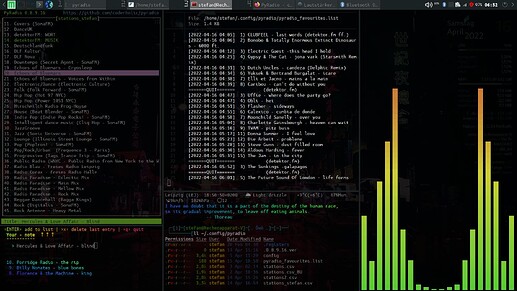 Mabox_2022-04-16-06-52-16500847521600×900 186 KB
My Terminator-setup from today for testing stuff. I wrote a bash script yesterday to log info from the radio stations in PyRadio manually until a feature for this is implemented by the creator in the program itself. But I think it could be adapted for multiple purposes. If you’re interested, check it out! it’s here:

Oh man, I sat the whole night writing a little bash script for logging manually for me for the time waiting and finally I got it working. Lot of new stuff I had to wrap my head around. Didn’t reckon that you would be so fast

. However it was a nice exercise for me as a newbie. Perhaps someone has a use for it, since it’s pretty versatile to take quick notes and has some nice functionallity, like display of the last three entries in declining order and the ability to delete the last entry…

Wish everyone here a nice, relaxing week-end. Really chill and wonderful community here! One of the few cozy places in the internet